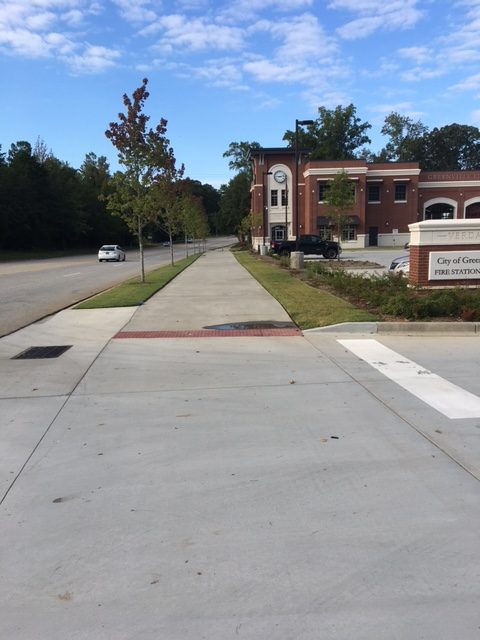 In August 2016 it was announced  at a  Greenville City Council meeting that there would be a  major investment in Verdae Boulevard  that would include a new 10 ft wide bicycle and pedestrian path.

The total cost of the project is $4.1 million. The City of Greenville will spend $2.7 million  SCDOT will contribute $700,000 along with the Verdae Development Inc providing another $700,000.

We recently caught up with Rick Sumerel, President of Verdae Development Inc to learn how the private sector has helped to make bicycling and walking safer in the City of Greenville.

“The initial efforts to install sidewalks along Verdae we left to each individual property owner as sites were developed.  Examples would include IMA, SCTelco, and the three office buildings fronting Verdae Blvd between Rocky Slope and Kimborough.  As the project began to come to fruition the City advised us they intended to adopt an ordinance that would stipulate that along roadways with a posted speed limit of 35 mph or higher the bike lanes would need to be out of the road bed.

Consequently, the city would be requiring a 10 ft multi use path / sidewalk vs a 5 ft wide sidewalk.  We opted to implement that before it became “official” and thus we installed 10 ft wide sidewalks in front of the Bank of TR, the new fire station, Velo apartments, and Point Central medical office park at the intersection of Salters Road and Verdae Blvd.  So up to this point the sidewalks and use paths have been installed by private capital.

The pending rework of Verdae Blvd is supposed to include, among several other key components, installing the balance of the 10 ft sidewalks that will provide connectivity to the new Swamp Rabbit Trail that will cross Verdae by bridge next to the Velo apartments.

So to summarize, the partnership has been private to this point but looks to have a City contribution for the last few phases.  And as you can imagine, the City has been an integral part of what will be built.”

Bike Walk Greenville applauds Verdae Development Inc for their leadership towards better bike walk infrastructure, and also is pleased that the City of Greenville understands that an unprotected bike lane on a 45 mph posted street makes no sense, and that the parallel multi-use path is the best solution. 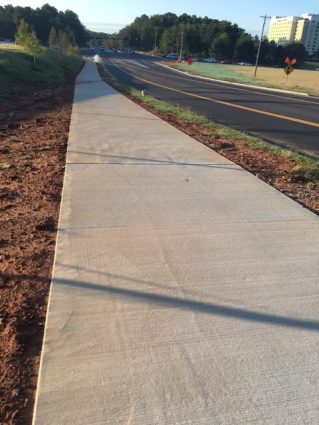 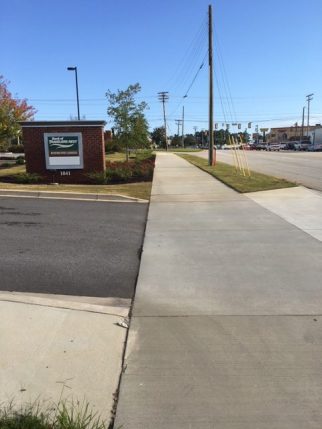